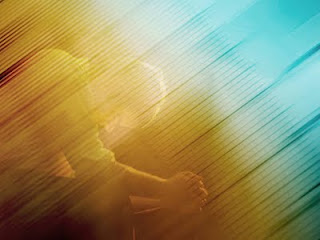 “Who hath known the mind of the Lord, that he may instruct him?” (I Corinthians 2:16)

How does faith works? To find out how simple it is, let me share you a story I came across: “Dining out one day, the late William Jennings Bryan, an American politician in the late-19th and early-20th centuries, so enjoyed a slice of watermelon that he asked the waiter for some more of the seeds. He weighed them and found that about 5,000 seeds weighed a pound. Estimating the melon at about 40 pounds, he figured that one seed had grown to 200,000 times its own size. It had forced that enormous weight through a tiny stem and formed a watermelon. On the outside it had put a covering of green, within that a rind of white, and within that a core of red. Then it had scattered seeds throughout, each one capable of doing the same work over again. What architect drew the plan? Bryan questioned. Where did the tiny watermelon seed get its tremendous strength, its flavor, and its coloring? How did it grow into a huge watermelon? Bryan concluded that until we can explain a watermelon, we couldn’t doubt God’s existence or set limits to His power.”

The most learned man cannot explain a watermelon, but anyone can eat and enjoy one. In the same way, we do not have to understand everything about God. We only have to believe in Him and trust Him to enjoy the benefits and blessings of His love for us. With this in mind we can exclaim, “What a wonderful God we have!”

Jesus likened the simplicity of faith as that of a child. A child does not minced words when wanting something that they like. They blurt it out as bold as they can without any thought of negativity or apprehension. Filled with courage, they know full well that they can have it when they ask anything. Plainly speaking, they are free from inhibitions that many adults have. Thus, they clearly amplify their desires with simple language from their heart and mind without restraint.

Here is where the dividing line between child-like faith and the adult-kind of faith. Faith is a simple act complicated by the adult faith filled with skepticism and excuse. There are many hindrances that cause them to withdraw even before they utter any word. The heart believes but the rational mind process it too much bordering on unbelief. Having this situation triggers total abandon until the last moment of helplessness and despair. This is where child-like faith differs greatly. There is total abandonment of logic and just simply state their needs and wants at any given moment. No rules or boundaries, just speaking from their heart.

That is what is missing to many of us, we need to go back simply to the attitude of being a child, not childish, when we approach God as our Father. He is concern with everything that concerns us. Allowing Him to know our deepest need should be simple like that of a child. No complications whatsoever of being aware of what other people will say or how the “adult” mentality inside of us will react.

With this point of view, Jesus provided a clear illustration of how God desires to hear a simple prayer with a simple faith as stated in Matthew 7:7-8,11, "Ask, and it will be given to you; seek, and you will find; knock, and it will be opened to you. For everyone who asks receives, and the one who seeks finds, and to the one who knocks it will be opened…“If you then, who are evil, know how to give good gifts to your children, how much more will your Father who is in heaven give good things to those who ask him!”

Having proved that it takes a simple act of faith to approach God, what then are you waiting for? Never doubt but only believe. He is waiting to hear from you and let Him know like a child what is in your heart today for He is a Father to those that considers themselves His children through faith in Jesus Christ. (John 1:12)