The past two weeks was pretty intense. There were three countries that Ptr Monette and I went to minister and visit namely; JIL Oslo, Norway; Gotheburg, Sweden and Copenhagen, Denmark. Altogether, I would say it was mission accomplished. But the most important thing is having the Lord’s favor manifested in these places. Let me start by saying that being called as ministers of the Gospel has many facets both from positive and negative aspects. But being with the JIL people and seeing their joy after ministering add new dimension in our Christian service. This is what makes serving God all worthwhile. Nothing is to be compared with it. 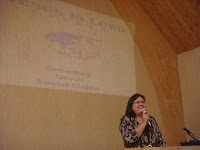 Before the schedule Europe Management (EMT) meeting, we drove from Oslo, Norway for almost four (4) hours to JIL Gotheborg, Sweden to speak at their Saturday service joined by JIL Stockholm who drove six hours to be there. One will notice the JIL distinctiveness of happy and excited people of God. Though the weather that weekend was about 37 degrees (really hot!), it did not deter us from receiving God’s favor and presence during the Word and ministering time. It 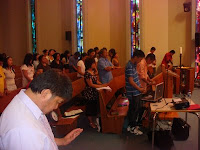 was a delight to be with the brethren that day and challenged them to step out to the next level of ministry even under the same hot temperature.

But we had to go back the same day to speak at the Sunday service of JIL Oslo congregation the next day.

The main assignment was to conduct the European Management 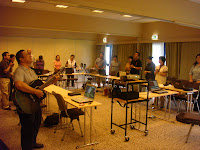 Team (EMT) composed of the assigned pastors of JIL Europe. It was a week-long event that began from July28 – August 1, 2008 (Monday- Friday). There were many things to discuss but time was not enough. Well, there will be another time.

The night after the EMT meeting concluded, another opportunity was given for me to speak at the Friday night prayer service of JIL Oslo with leaders, workers and JIL people. This time, a continuation of the message last Sunday was given to show that as God leads, he expects that we move with his leading. I believe that JIL Oslo is very much ready to take the challenge to the next level for Norway and Europe. 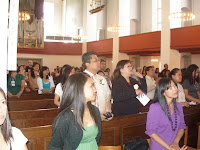 k the next day taking a very early flight. It was to meet JIL Denmark with their Pastor Precy Soltes Ofori. I spoke at their 8th anniversary celebration with “Your Kingdom Come” as their chosen theme. From the beginning to the end, the whole atmosphere was charged with expectation and excitement. Again, God showed up to meet his people’s needs during the word and ministering time. One testimony that I have heard was that JIL Denmark had been using their facility, a Lutheran Church for free for almost a year. What a blessing indeed! 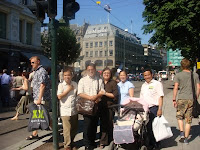 But no mission trip is incomplete without some sightseeing as well. Except from Sweden, key attractions were visited in Oslo and Copenhagen with our host pastors, Pastor Jojo delos Reyes, the Regional Supervisor of JIL Northern Europe, Pastor Gino Hernandez and Pastor Gilbert Palmero as tour guides. You have exerted a lot of effort to host the EMT meeting and us. Thanks and congratulations for a job well done!

Finally, we just want to express our deep and heartfelt gratitude to the JIL leaders and workers of Norway, Sweden and Denmark for your hospitality and generosity. The Lord will bless you indeed.