The daily challenges we face will either increase our dependence on God or decrease it. But the most important point of it all is to see our reactions to it no matter what. It is where we expose ourselves of who we are and our leaning towards our “faith” in God and His promises to us. That is why; we must become aware of how challenges trigger our reactions. John 16:33 states what Jesus declared, “…in this world you will have trouble…” (NIV) What are the “troubles” of life that we will face? The word trouble was taken from the Greek word “thlipsis” which means “pressure” (literally or figuratively). In other words, Jesus Himself declared that pressures will come upon us we live in this world in many shapes and forms. However, He specifically leaves us with enough ammunition to hold onto as these “pressures” that build up around us and in us. Here’s the complete declaration in John 16:33, “I have told you these things, so that in me you may have peace. In this world you will have trouble. But take heart I have overcome the world.“ (NIV) Two specific reactions we need to have when faced with pressures of life: find peace in Him and to have courage in His power. Therefore, we need to apply His word and prescription against all pressures from all sides and stand by it. In doing so, we will not go against it head-on but just let it pass by as part of life. And this is where we stand out as disciples of Jesus because we always heed the Master’s advice.

Allow me to share this simple story that I came across to put everything in perspective: “A daughter complained to her father about her life and how things were so hard for her. She did not know how she was going to make it and wanted to give up. She was tired of fighting and struggling. It seemed that as one problem was solved, a new one arose. Her father, a chef, took her to the kitchen. He filled three pots with water and placed each on a high fire. Soon the pots came to boil. In one he placed carrots, in the second he placed eggs, and the last he placed ground coffee beans. He let them sit and boil, without saying a word. The daughter sucked her teeth and waited impatiently, wondering what he was doing. In about 20 minutes he turned off the burners. He fished the carrots out and placed them in a bowl. He pulled the eggs out and placed them in another bowl. Then he ladled the coffee out and placed it in a mug. Turning to her he asked, "Darling, what do you see?" "Carrots, eggs, and coffee," she replied. He brought her closer and asked her to feel the carrots. She did and noted that they were soft. He then asked her to take an egg and break it. After pulling off the shell, she observed the hard-boiled egg. Finally, he asked her to sip the coffee. She smiled as she tasted its rich aroma. She humbly asked, "What does it mean Father?" He explained that each of them had faced the same adversity: Boiling water but each reacted differently. The carrot went in strong, hard, and unrelenting. But after being subjected to the boiling water, it softened and became weak. The egg had been fragile. Its thin outer shell had protected its liquid interior. But after sitting through the boiling water, its inside became hardened. The ground coffee beans were unique however. After they were in the boiling water, they had changed the water. "Which are you," he asked his daughter. "When adversity knocks on your door, how do you respond? Are you a carrot, an egg, or a coffee bean?"

How about us, my countrymen? Are we the carrot that seems hard, but with pain and adversity do we wilt and become soft, lose your strength? Are we like the egg, which starts off with a malleable heart? Are we fluid spirits, but after a death, a breakup, business bankruptcy, or a layoff have we become hardened and stiff? The shell looks the same, but have we become bitter and tough with a stiff spirit and heart? Or are we like the coffee bean? The bean changes the hot water, the thing that is bringing the pain, to its peak flavor when it reaches 212 degrees Fahrenheit. When the water gets the hottest, it just tastes better. If we are like the bean, when things are at their worst, we get better and make things better around us.

How do we handle adversity? Are we a carrot, an egg, or a coffee bean?

Why Go To Church?

A Church goer wrote a letter to the editor of a newspaper and complained that it made no sense to go to church every Sunday.. "I've gone for 30 years now," he wrote, "and in that time I have heard something like 3,000 sermons. But for the life of me, I can't remember a single one of them. So, I think I'm wasting my time and the pastors are wasting theirs by giving sermons at all."

This started a real controversy in the "Letters to the Editor" column,
much to the delight of the editor. It went on for weeks until someone wrote
this clincher:

"I've been married for 30 years now. In that time my wife has cooked
some 32,000 meals. But, for the life of me, I cannot recall the entire menu
for a single one of those meals But I do know this. They all nourished me
and gave me the strength I needed to do my work. If my wife had not given me
these meals, I would be physically dead today.
Posted by Aldrin Navo

Email ThisBlogThis!Share to TwitterShare to FacebookShare to Pinterest
Labels: Reflections 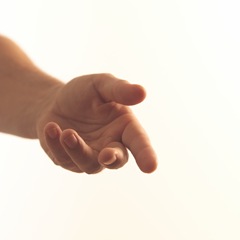