Sure Formula for an Answered Prayer

Many have been longing that their prayers will be answered in the most expeditious way. Jesus has given many principles to answered prayers. He fully intended that we receive the desires of our heart and when you begin to scrutinize the facts, Jesus calls for simple response of faith and obedience. The question is this: are we willing to apply these two important ingredients to an answered prayer?

In order to fully comprehend this truth, let me share a specific biblical principle that is applicable to every husband that I will highlight in this article. According to 1 Peter 3:7, “Husbands, in the same way be considerate as you live with your wives, and treat them with respect as the weaker partner and as heirs with you of the gracious gift of life, so that nothing will hinder your prayers.” (NIV) The Apostle Peter spoke of clear instructions for every husband to attain answered prayers.  They are as follows: (1) be considerate as you live with one’s wife, (2) treat one’s wife with respect as the weaker vessel and as heirs of the gracious gift of life. In doing so, nothing will hinder every husband’s prayers. Why the attention is focused largely on the husbands? I believe that this is due to the fact that every husband has been given leadership and spiritual authority to make things happen for their families. By instituting these biblical principles in every marital relationship, hindrances to answered prayers will be removed.

Clearly, God wanted every husband to know that the opportunity for answered prayers has been provided. It must be known and practiced daily. We have been always taught that the husband’s role is only to provide for their families when in fact there is much more. God wants to hear every husband offer up unhindered prayers for their wife, children, family and many other concerns that will provide emotional, physical, spiritual, financial benefits. This is God’s agenda for every family beginning with the head of the family. Somebody said, “Everything rises and falls on the leadership.” The leadership in every home must come from the man of the house. If he fails to do so, chaos and dissension enters in and one should not look elsewhere to see the breakdown of families without the leadership of a man. We cannot go against what God has instituted since time immemorial. Therefore, every husband must begin to claim back the role and see to it that it is being fulfilled according to God’s standard and biblical specifications.

Genesis 2:18 declared, “And the LORD God said, It is not good that the man should be alone; I will make him an help meet for him. (KJV) The key word in this verse is “helpmeet.”  The woman’s specific job description is to be a helpmeet for the man. It is to complement what is lacking in man that could be found in a woman.  That is why, it is very important to fully understand and comprehend the marital relationship not from a worldly perspective but from God’s perspective. Every husband must recognize his role to the wife as a source of blessing not a burden. It is vital to the health and continuance of the marital relationship that this principle must be establish. Failure to do so results in hindrances to prayers. How many prayers have been hindered due to ignorance of God’s truth! May every husband begin to make a resolution to follow the path towards answered prayers! Just imagine that one of the keys is the proper application of treating one’s wife according to biblical standard. If only it is a common knowledge, unfortunately, it is not. Therefore, I have aimed to share this vital information to all husbands. Nothing is ever too late to properly apply God’s word and correct wrong notions about it.

The most important truth is this: that God is honored when marriage is applied biblically. He created and designed it to bless humanity. When incorrect marriage principles are applied, the opposite effects are evident and hindrances to prayers occur. Therefore, begin to evaluate your relationship in light of what you have learned and I assure you, when you do what is right, it will result in answered prayers. 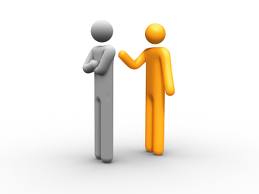