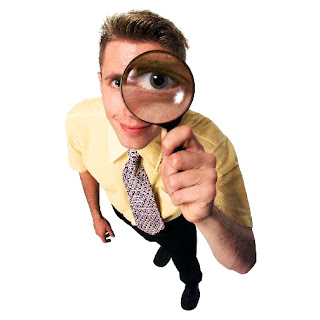 What will make this year different from last year’s is not changing the situation where you are in but an attitude adjustment that one currently has. It needs to be adjusted to see clearly, to speak better things, and to think positive thoughts. No one can afford to stay the same year in and year out. It is just plain boring! I believe that the most obvious benefit of each new day is to have a fresh start even when it might not seem so at the time. It is a blessing that cannot be affected by the prevailing mood of the day.

Here’s an illustration I come across to provide a clear point of view on how important it is for attitude to be adjusted correctly: Both the hummingbird and the vulture fly over deserts. All vultures see is rotting meat, because that is what they look for. They thrive on that diet. But hummingbirds ignore the smelly flesh of dead animals. Instead, they look for the colorful blossoms of desert plants. The vultures live on what was. They live on the past. They fill themselves with what is dead and gone. But hummingbirds live on what is. They seek new life. They fill themselves with freshness and life. Each bird finds what it is looking for. We all do[1].

Like the hummingbirds that seek new life and freshness, the Scriptures also encouraged us to become a new person and renew our mind as stated in Romans 12:2, “Do not be conformed to this world, but be transformed by the renewal of your mind, that by testing you may discern what is the will of God, what is good and acceptable and perfect.” There are two sets of attitude that we need to conform to: attitude affected by a worldly mindset and the spiritual mindset anchored in the Scriptures. Both can co-exist in the same attitude and personality. But which of the two is most dominant that causes one to act and think is what needs to be decided individually. I chose to abide by the godly attitudes taught by the Scriptures. To think and act based on God’s principles is a choice that anyone can make. It is not an easy task but workable with God’s help.

It is because a person's mental attitude has an almost unbelievable effect on his powers, both physical and psychological. The British psychiatrist, J.A. Hadfield, gives a striking illustration of this fact in his booklet, The Psychology of Power. "I asked three people," he wrote, "to submit themselves to test the effect of mental suggestion on their strength, which was measured by gripping a dynamometer." They were to grip the dynamometer with all their strength under three different sets of conditions. First he tested them under normal conditions. The average grip was 101 pounds. Then he tested them after he had hypnotized them and told them that they were very weak. Their average grip this time was only 29 pounds! In the third test Dr. Hadfield told them under hypnosis that they were very strong. The average grip jumped to 142 pounds.[2]

If we desire to become successful in all aspects of our life, then we need to heed the advice given by God to Joshua after he took over the leadership from Moses. It was given to ensure that Joshua would become successful like Moses: “This Book of the Law shall not depart from your mouth, but you shall meditate on it day and night, so that you may be careful to do according to all that is written in it. For then you will make your way prosperous, and then you will have good success.” (Joshua 1:8 ESV) If it was a guarantee of God to Joshua then, I firmly believe that it is a guarantee also for anyone who will accept it today. What have you got to lose when there’s a lot to gain?