He is a husband of a loving wife, a father of five wonderful children, a grandfather to cheerful kids, a brother to his siblings, a friend to many and a God’s child. It is an overview of who he was to many people in his lives in the past until his last breath. 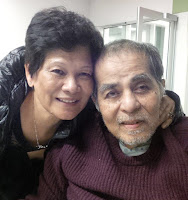 It was a front-row seat for me to witness the loving relationship between my Dad and Mom. Although they were nine years apart, they were deeply in love. It was not a perfect marriage but they were perfect for each other. Nonetheless, theirs was a marriage made for them by the Lord until death separated them after 47 years. 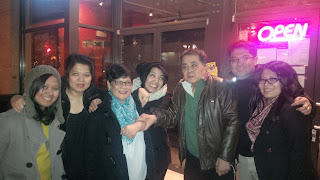 Having five children with four girls and an only boy, my Dad preferred to have boys, and if not for Mom’s losing her ovary, there was a huge possibility that twelve children may have been our number instead of five. My Dad wasted no time, they were married January 1969 and in November, I was born, Evelyn came next on December the following year, then Joan on January the next year. It was with Arlene and Eliza that a break came but both were born two years apart in the same month. His style was strict not just to us but to his nieces and nephews as well. He wanted the best for his children and extended family and being strict was his way of showing care. I didn’t understand it then but appreciated them altogether. He is a man of few words but a man determined to express his feelings in a straightforward manner without any pretense whatsoever. He was proud of us and made sure that he shared about it to many of his friends.

As a Provider
I remembered tagging along as a little kid during his PLDT days as an installer-repairman and seeing his work first-hand was one of our bonding times until he left for overseas in the early 80’s and became an OFW for most of my elementary and high school days. In leaving for Libya and Saudi Arabia to provide for the needs of his family, he missed a lot of important events in our lives growing up but it was a sacrifice he needed to endure for his family’s welfare. We heard his personal messages through audiotapes, overseas telephone conversation, and letters. He sent whatever he can to ensure that his family was cared for and whatever request we have, he would try to send it as well. He loved his family so much and gave up many years in doing so. 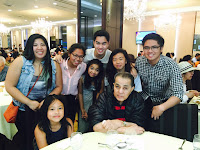 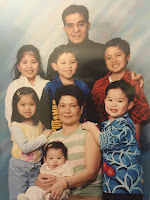 My Dad was blessed to have grandchildren that he needed to converse in English. He may not be fluent in speaking it but his grandchildren understood him nevertheless. Whenever a favor was asked of him about any of his grandchildren regarding pick-up from school, babysitting hours and other things, he would never say no but always on the go. Mcdonald’s would be one their hangouts and he would bring them as his treat. His grandchildren recognized his strictness but in a different way for how he showed to us and it was more of playful strictness and my Dad enjoyed them a lot.

As a Brother to his Siblings 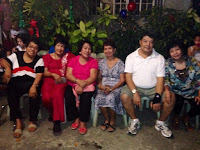 My Dad cared for his siblings and his relationship with them was solid. He made them laugh whenever they meet in Balagtas, Bulacan during his visits to them. It was one of those days that my Dad constantly brings me along with him. He loved them and cared for them also. My Dad was good-humored whenever he sees them and saw how they cared for him as well. Whenever he asked them a favor or any request from him, they dotingly accommodated him.

As a Friend to Many

My Dad was not an extrovert but he loves telling stories to people that would like to engage discussion. It wasn’t a huge number of people but it was enough for him to be in a company of friends that he liked to keep. When meeting with new people, he would ask many questions as his way of inquiring about them. It was his way of making people comfortable using this style. People would be uncomfortable at first but before they separate they would tell me they liked my Dad and his way of engaging people. He has his way and people that knew him remembered it explicitly.

As a Child of God

My Dad’s journey in his relationship with God was an uphill battle; he was not religious and curses a lot as part of his vocabulary. However, whenever possible, he would be in a church to attend important events. The turning point in his life was during one of his illness and through hearing the gospel message, received the Lord as his Savior and Lord. It was a significant event for him and for myself, as a Pastor because God used another person to lead him and secure his spot in God’s family. 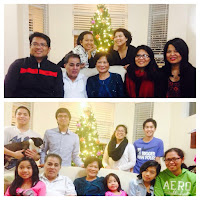 Remembering him in this manner allowed me to deeply appreciate my Dad’s life and journey until the end. His life may be ordinary compared to others, but he made extraordinary efforts that made a huge impression to many people until his death. It was clear that my Dad’s life was a colorful one and filled with many adventures.

His illness was a long battle filled with pain that he tolerated silently. We were fully aware of his pain and greatly admired him for being strong. He was stubborn yet he knew what was at stake. At the end, even in the midst of pain, I believed that the Lord Jesus was conversing with him as he reflected many days before his passing. I saw the peace of God on the day that I was in the hospital, we were alone and prayed for him, said my goodnight, and kissed him on the forehead. Deep inside, I was made aware that it was not that long. Later that day, he passed away witnessed by my siblings. When I visited and saw him lying on his bed without life, I saw a man’s body fully rested and free from pain but the soul and spirit of Eugenio “Jun” Navo Jr. went on his eternal journey to heaven and to be with the Lord forever. To this, we say, cheers to you Dad until we see you again!