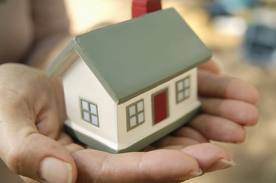 If you will make an inventory of what you own in your life, what would the list include? What would be the majority of items listed there that would last for eternity?
Leo Tolstoy once wrote a story about a successful peasant farmer who was not satisfied with his lot. He wanted more of everything. One day he received a novel offer. For 1000 rubles, he could buy all the land he could walk around in a day. The only catch in the deal was that he had to be back at his starting point by sundown. Early the next morning he started out walking at a fast pace. By midday he was very tired, but he kept going, covering more and more ground. Well into the afternoon he realized that his greed had taken him far from the starting point. He quickened his pace and as the sun began to sink low in the sky, he began to run, knowing that if he did not make it back by sundown the opportunity to become an even bigger landholder would be lost. As the sun began to sink below the horizon he came within sight of the finish line. Gasping for breath, his heart pounding, he called upon every bit of strength left in his body and staggered across the line just before the sun disappeared. He immediately collapsed, blood streaming from his mouth. In a few minutes he was dead. Afterwards, his servants dug a grave. It was not much over six feet long and three feet wide. The title of Tolstoy's story was: How Much Land Does a Man Need? [1]

This is a story that illustrates exactly what the Scripture stated in Ecclesiastes 5:15 “Naked a man comes from his mother's womb, and as he comes, so he departs. He takes nothing from his labor that he can carry in his hand.” (NIV) What a great truth to think about the brevity of life. This is the reality of life that we are confronted with whether we believe it or not. It does not change the fact just because we have a different opinion about it. That’s why, we need to make a decision about what matters the most in our existence now and eternity.  In other words, we don’t own anything in this world and Job spoke of it clearly when he lost everything precious in his life in one day, “and said: "Naked I came from my mother's womb, and naked I will depart. The LORD gave and the LORD has taken away; may the name of the LORD be praised."(Job 1:21, NIV)

What should be our attitude to what we claim as our own? The right attitude must be to recognize that God is the ultimate Source of it all. However huge the savings in the bank and the size of the house, these are only means to an end but not the end itself. They only provide us an evidence of God’s blessing as we are given a lease on life by the real Owner. Having such an understanding will provide us freedom from being insecure of what we have and do not have. The real security lies deeply in fully adhering to God’s ownership of everything we have and we are just but mere stewards. We are assigned managers of what we claim our own.

Also, to argue that we have gained and acquired all of it through our own toil and labor is kicking against the pricks. It is still part of the whole package of God’s gift of life. Therefore, it would be a good practice to recognize daily that our life is a gift from God. And if you want to own the most precious asset in life, I would suggest securing one’s eternal future. God gave His Son to die on the cross for our sins to provide us a Saviour we could claim our own. C’mon, secure our life with Him and His offer of eternal life and it will be the most important treasure you will gain today until eternity. Though we may lose everything in this world but remember that Jesus remains the same yesterday, today and forever!