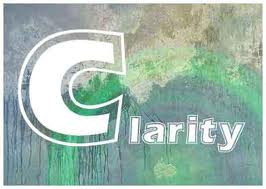 Let me share you a very popular nursery song and try to sing it if you can: “Scintillate, scintillate, globule vivific, Fain would I fathom thy nature specific. Loftily poised in the ether capacious, Strongly resembling a gem carbonaceous.” If you are unable to do so, it is very understandable due to the fact that without the familiar words associated with it, no one can decipher it let alone sing it. Isn’t it interesting how important clear words are in every level of communication even in a simple nursery song? I believe that the main reason why there are many “misses” in understanding, communication, interpretation, quotes and many others between people in every culture is the lack of clarity in words being spoken and clear messages sent to one another even with better communication technology. How sad yet very true indeed!

However, the opposite is also true that when one clear language is spoken, great things can happen. Here’s a biblical example of an event that made a huge undertaking possible due to one language that even God acknowledged its potential for greater things: “Now the whole earth had one language and the same words. And as people migrated from the east, they found a plain in the land of Shinar and settled there. And they said to one another, "Come, let us make bricks, and burn them thoroughly." And they had brick for stone, and bitumen for mortar. Then they said, "Come, let us build ourselves a city and a tower with its top in the heavens, and let us make a name for ourselves, lest we be dispersed over the face of the whole earth." And the LORD came down to see the city and the tower, which the children of man had built. And the LORD said, "Behold, they are one people, and they have all one language, and this is only the beginning of what they will do. And nothing that they propose to do will now be impossible for them” (Genesis 11:1-6).

What happened next was this: God confounded their one language into many languages, thus the word “babbling” came about. It is when you do not understand what the other person was talking or “babbling” about. The tower they were building was abandoned and later became known as the “Tower of Babel”:  “Therefore its name was called Babel, because there the LORD confused the language of all the earth. And from there the LORD dispersed them over the face of all the earth” (Genesis 11:9).

In a nutshell, you will find that the Lord’s reason for confusing the language was due to their pride of heart wanting to prove to God that they can do it alone without Him: "Come, let us build ourselves a city and a tower with its top in the heavens, and let us make a name for ourselves, lest we be dispersed over the face of the whole earth." Ironically, even without unified language, the pride of the heart is still very much alive today among many nations and even among individuals against one another wanting to “make a name for ourselves.”

What can be done today to improve this problem of any “misses?” Let us hear what the Lord Himself prescribed as given by the prophet Isaiah: “Come now, and let us reason together, saith the LORD: though your sins be as scarlet, they shall be as white as snow; though they be red like crimson, they shall be as wool” (Isaiah 1:18 KJV). If God Himself is willing to do this, then there’s nothing to stop us from doing it also with one another: to reason together with humility setting aside our pride for the sake of attaining unity; to agree to disagree and to know that no matter what, we all have our own opinions in the matter. And if we choose to become stubborn about it, not even God can ever change our mind about it. Humility is the only attitude that can diffuse any unstable situation. Try it and you will see its effect and power.

Before I forget, here’s the translation of the nursery song I’ve shared above: “Twinkle, twinkle, little star, How I wonder what you are, Up above the world so high, Like a diamond in the sky.”