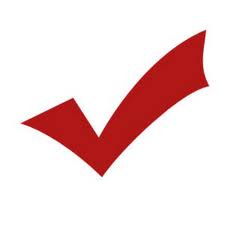 “W. Michael Blumenthal, chairman of Unisys, talks about the mistakes he made in hiring: In choosing people for top positions, you have to try to make sure they have a clear sense of what is right and wrong, a willingness to be truthful, the courage to say what they think and to do what they think is right, even if the politics militate against that. This is the quality that should really be at the top. I was too often impressed by the intelligence and substantive knowledge of an individual and did not always pay enough attention to the question of how honest, courageous and good a person the individual really was.”[1]

The above example illustrates how we are so fascinated by the outward characteristics of people and their eloquence. But although they matter, they don’t provide the whole picture. It is just but one of the many facets of one’s personality. And the Scriptures provides a classic example of how men always fail to see the character that matters the most especially to God when He chooses, “And he said, "Peaceably; I have come to sacrifice to the LORD. Consecrate yourselves, and come with me to the sacrifice." And he consecrated Jesse and his sons and invited them to the sacrifice. When they came, he looked on Eliab and thought, "Surely the LORD's anointed is before him." But the LORD said to Samuel, "Do not look on his appearance or on the height of his stature, because I have rejected him. For the LORD sees not as man sees: man looks on the outward appearance, but the LORD looks on the heart." (1 Samuel 16:5-7)

Clearly, even God recognizes the fact that we are indeed beholden on the outward qualities of a person. Why, this is exactly the reason for the target advertisements on print, television, the Internet and billboards that shows near perfect models to entice many to buy their products. Unfortunately, we all fall for it. It is just part of life that we go through daily. Yet we need to make the right call to show that our characters and judgment are not based on these things but what we have been taught and brought up to be: men and women of right character.

God sees the heart but how can we? Again, the Scripture points us to the way in knowing what is inside men’s heart, “The good person out of the good treasure of his heart produces good, and the evil person out of his evil treasure produces evil, for out of the abundance of the heart his mouth speaks” (Luke 6:45).  There’s nothing clearer than this! All of us have learned GMRC (Good Manners and Right Conduct) and were strictly taught to abide by it. However, the opposite becomes evident instead. What do we do? Actually no one can do anything about it because we were all born with WMBC (Wrong manners and Bad Conduct). This is exactly the reason why Jesus came to the world: to die for our sinful nature and habits. He has given us a fighting chance against it; we have no power against the sinful nature that causes bad character in us but with Jesus on our side, “We can do all things through Him that gives us strength” (Philippians 4:13). Only He can transform us if we let Him.

What does this world need? THE WORLD NEEDS MEN AND WOMEN...who cannot be bought;  whose word is their bond;  who put character above wealth;  who possess opinions and a will;  who are larger than their vocations;  who do not hesitate to take chances;  who will not lose their individuality in a crowd;  who will be as honest in small things as in great things;  who will make no compromise with wrong;  whose ambitions are not confined to their own selfish desires;  who will not say they do it" because everybody else does it";  who are true to their friends through good report and evil report, in adversity as well as in prosperity;  who do not believe that shrewdness, cunning, and hardheadedness are the best qualities for winning success;  who are not ashamed or afraid to stand for the truth when it is unpopular;  who can say "no" with emphasis, although all the rest of the world says "yes."[2]  Can we be counted as part of these men and women for this generation and the next?